September 28, 2019 by Foundation for Excellence in Mental Health Care

In 2015, Dr. Bonnie Kaplan, Professor Emerita at U Calgary medical school, opened two donor-advised funds, one at the Foundation for Excellence in Mental Health Care and one at the Calgary Foundation in Canada, with an initial goal of raising a million dollars for research into the best use of micronutrients to treat and prevent mental and emotional distress. Four years later, she’s reached that goal with a $250,000 award accompanying the Dr. Rogers Prize for Excellence in Complementary and Alternative Medicine presented to her at a gala event on September 27, 2019.

“Of course, I am enormously honoured, and thrilled that the Selection Committee saw the value in my research,” Dr. Kaplan said,

“There is such a strong evidence base now, with about 40 peer-reviewed studies, showing that nutrient treatment can restore mental health in many people. I hope this award will raise awareness of this important field. No one wants to live with hearing voices, feeling unstable, etc. Broad spectrum micronutrient treatment is worth a try.”

In my vision of a better world, every child with mood problems, explosive rage, ADHD, will first be offered the opportunity to take an appropriate nutrient formula…before their developing brain is exposed to psychiatric medications. Not everyone will be helped, but some will.

The 2019 Dr. Rogers Prize for Excellence in Complementary and Alternative Medicine was awarded to Dr. Bonnie J. Kaplan of the University of Calgary at a gala award dinner held on September 26th in Vancouver, BC.

Founded in 2007, the $250,000 Dr. Rogers Prize for Excellence in Complementary and Alternative Medicine highlights the important contributions of complementary and alternative medicine to health care in Canada.

She dealt with skepticism and attacks on her work for over fifteen years, resolutely meeting and exceeding calls for evidence.

Her research provided the initial groundbreaking data showing that treatment with a broad spectrum of micronutrients, carefully formulated, could be used instead of psychotropic drugs to treat bipolar disorder and ADHD.

As a researcher, she questioned the longstanding paradigm of single nutrient research to establish the scientific basis for a broad spectrum micronutrient approach, eschewing industry funding in order to safeguard the integrity of her research. She has published widely on the biological basis of developmental disorders and mental health – particularly, the contribution of nutrition to brain development and brain function.

She was the founding principal investigator of the Alberta Pregnancy Outcomes and Nutrition (APrON) study, an ongoing $5 million study tracking the development of several thousand children to analyze the relationship between maternal nutrient status and child health and development. She is a founding member of the International Society for Nutritional Psychiatry Research, which disseminates information and research about nutritional approaches to mental health. Her empirical research has resulted in over 170 peer-reviewed publications.

Now semi-retired, Dr. Kaplan lectures internationally on the importance of improving nutrient intake to prevent and treat psychiatric symptoms. She has also established two charitable funds in support of nutrient research, so far distributing $750,000 for clinical trials at universities in Canada, the United States and New Zealand.

Founded in 2007, the $250,000 Dr. Rogers Prize for Excellence in Complementary and Alternative Medicine highlights the important contributions of complementary and alternative medicine to health care. Funded by Vancouver’s Lotte and John Hecht Memorial Foundation, the Prize is awarded every two years and is the largest of its kind.

The Dr. Rogers Prize recognizes those who embody the same level of vision, leadership and integrity as that of the late Dr. Roger Hayward Rogers.  Among the first physicians to provide nontraditional therapies for cancer patients, Dr. Rogers was appointed to the Order of British Columbia in 2001 in recognition of his groundbreaking work. 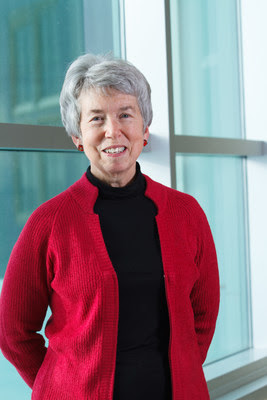