There was a great disturbance in the force last week. Bill Anthony, founder and longstanding executive director of the Boston University Center for Psychiatric Rehabilitation, founding board member for the Foundation for Excellence in Mental Health Care, and recipient of the Distinguished Service Award from the President of the United States died at age 77. I would imagine that a man of his grace and thoughtfulness touched many people in many ways, but I, like so many others, know him for his work in psychiatric rehabilitation and recovery.

I feel like a giant upon whose shoulders I have been standing is gone.

The first time I met Bill was in 1991, when he came to the Village when it was barely a year old to write about Martha Long’s leadership style. He was working on a book about leadership. I was just a couple years out of residency, and he was already the legendary “father of psychiatric rehabilitation.”

The first paragraph in my book “A Road to Recovery” tells the story: “In 1991, when Bill Anthony, Ph.D., a well-known leader in psychiatric rehabilitation from Boston University, came to visit the Village, I asked him what he thought the next big movement in mental health was going to be. He answered “recovery,” and I nearly fell off my chair. At the time, we were only one year into building the Village. I had just begun thinking about recovery and it still seemed too extreme to ever become acceptable.”

Recovery has always been an “outsider movement” that has drawn many rebels. Years ago, I created a PowerPoint slide that listed among our ranks:

Bill was a leader of the rehabilitation contingent, which included many of my coworkers at the Village and our collaborators.

From my viewpoint in California, his contributions spread across a range of options for promoting recovery we would all do well to emulate, including:

The last time I met him was about 15 years ago when we were both members of SAMHSA’s Partners for Recovery Advisory Board. He was working to connect us with the contingent from substance abuse treatment and prevention. He was building bridges and creating allies. I also learned then that he had late-onset multiple sclerosis, which may have explained why he’d been championing taking naps.

I admired most that he was not the “easy” kind of rebel, who fans anger and destruction while building very little.  His strength was in using our recovery values to build concrete practices, programs, training material, even administrative structures. I have his article, “Implementing Recovery Oriented Evidence Based Programs: Identifying the Critical Dimensions” from the Community Mental Health Journal on my computer and used it to build my “Recovery Culture Progress Report.” He knew how to implement our values.

But, despite his efforts, the recovery values haven’t become embedded in standard practice.

The medical-model empire remains very strong. It controls all the academic centers, the research and publications, the public education and advocacy organizations (including NAMI, MHA, and the National Council for Behavioral Health), the media’s mental health narrative, and, of course, the DSM 5. They have two formidable sources of power:

I don’t know if Bill would have agreed with my formulations, but it seems to me that he was unsuccessful in diverting either of those funding and power sources into recovery and rehabilitation. Two of his most compelling assertions, “Recovery can occur even though symptoms reoccur” and “Recovery from the consequences of the illness is sometimes more difficult than recovering from the illness itself,” are still rebellious assertions, limited in their power because they’re starved of funds.

The four values underlying his Recovery Oriented Mental Health Systems – person orientation, person involvement, self-determination/choice, and growth potential – give us a compass for “value-based practice” that is still widely repressed.

It’s up to all of us to carry on the rebellion even though the force has been diminished by his death, even though we’re still outsider rebels. We can still do it by applying his value-based compass to our various efforts:

Bills’ death can give us a moment to stop and reflect upon where we’ve been, the current state of the recovery movement he fought so long and hard for, and what we can still fight for. Despite his efforts we’re still a disparate group of rebels facing a powerful, repressive empire. 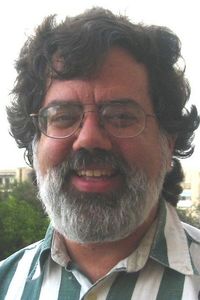 Mark Ragins, MD, A Road to Recovery: Mark has been the Medical Director at the MHA Village Integrated Service Agency, a model of recovery-based mental health care, from 1990 to 2017. He is currently the psychiatrist at the student health services and counseling center at CSULB. His practice is grounded in 30+ years with some of the most underserved and difficult to engage people in our community.