Study goals were to (1) provide a rationale for developing a composite primary outcome score that includes symptom severity for attention-deficit/hyperactivity disorder (ADHD) and emotional dysregulation, plus symptom-induced impairment; (2) demonstrate weighting methods to calculate the composite score using a sample of children diagnosed with ADHD and aggression; and (3) identify the optimal weighting method most sensitive to change, as measured by effect sizes.

The composite score demonstrated a larger (Cohen’s d) effect size than the individual CASI subscales, irrespective of the weighting method (10%–55% larger). Across all weighting methods, effect sizes were similar and substantial: approximately a two-standard deviation symptom reduction (range: -1.97 to -2.04), highest for equal item and equal subscale weighting, was demonstrated, from baseline to week 9, among all TOSCA participants. The composite score showed a medium positive correlation with the Clinical Global Impressions-Severity scores, 0.46–0.47 for all weighting methods.

A composite score that included severity and impairment ratings of ADHD and emotional dysregulation demonstrated a more robust pre–post change than individual subscales. This composite may be a more useful indicator of clinically relevant improvement in heterogeneous samples with ADHD than single subscales, avoiding some of the statistical limitations associated with multiple comparisons. Among the five similar weighting methods, the two best appear to be the equal item and equal subscale weighting methods.

Rationale and design of an international randomized placebo-controlled trial of a 36-ingredient micronutrient supplement for children with ADHD and irritable mood: The Micronutrients for ADHD in Youth (MADDY) study

Attention-Deficit/Hyperactivity Disorder (ADHD) is a chronic neurodevelopmental disorder affecting up to 9% of children and substantial numbers of adults. Existing pharmacologic treatments often improve symptoms, but concerns exist over side effects, stigma, potential long-term health effects, and residual irritability, often treated with adjunctive antipsychotics. To address public and clinician demand for nonpharmacologic evidence-based treatments, this study will examine efficacy of a 36-ingredient micronutrient (vitamin/mineral) supplement as treatment for children with ADHD and irritability.

Q&A: My Child’s School Is Pressuring Me to Give Him Stimulants

Mad in America’s Parent Resources Q&A section is a safe place to ask questions and share concerns about children, families, and alternatives to conventional psychiatric treatments and have them answered on site by one of our subject experts. Please email your questions to questions@madinamerica.com. Your identity will be kept confidential. Questions may be edited for length and clarity. An archive of past Q & A’s can be found here.

My eight-year-old son has trouble paying attention in school. He’s always been very active and easily bored. The school had him evaluated by the school psychologist, who thinks he has ADHD. They are pressuring me to take him to a doctor and get him on stimulant drugs and even threatened to call Child Protective Services if I don’t agree to it. I feel very uncomfortable with this, but they seem to think it’s the only answer. What should I do? 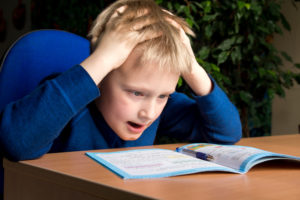 Commonly, children are identified as “ADHD” by their teachers or school staff. It is also very common that parents and the children themselves see things differently from the school. Unfortunately, disagreeing with school personnel can be quite intimidating for many parents, even if schools are relatively friendly in their approach.

Increasing the amount of green space around schools may lower the odds that children will exhibit attention-deficit/hyperactivity disorder (ADHD) symptoms, according to a study published in JAMA Network Open.

“Accumulating evidence indicates that living in greener areas is associated with many beneficial health outcomes,” wrote Bo-Yi Yang, Ph.D., of Sun Yat-sen University in Guangzhou, China, and colleagues. “Given that attention is a critical prerequisite for learning, greenness in school settings may be of great public health significance.”

Despite Claims, EPA Supplement Does Not Improve ADHD Symptoms in Youth

A new study reports that the supplement EPA improved ADHD symptoms but a closer look calls these results into question.

A new study, published in Translational Psychiatry, claimed that that the supplement EPA (eicosapentaenoic acid) “improves attention and vigilance in children and adolescents with attention deficit hyperactivity disorder (ADHD) and low endogenous EPA levels.” However, an examination of the results shows that EPA did not improve ADHD symptoms, overall functioning, or overall cognitive performance in kids and teens.

The research was led by Jane Pei-Chen Chang and Kuan-Pin Su, affiliated both with King’s College London and with China Medical University, Taiwan. 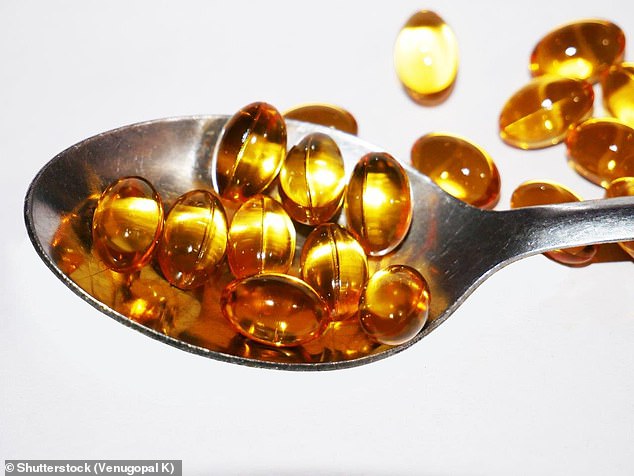 Omega-3 supplements could be just as effective as drugs for some children with ADHD, a study suggests.

(Reuters Health) – Babies born to women who used acetaminophen late in pregnancy may be at increased risk of ADHD and autism spectrum disorder, a new study suggests.

After examining stored blood samples from babies’ umbilical cords, researchers determined that the risks of ADHD and autism were significantly increased in children whose blood had high levels of acetaminophen breakdown products, according to a report online October 30 in JAMA Psychiatry.

Countervailing Forces Against Ritalin Use in France

In the United States, 7.77 percent of children take stimulant medications. In France the number is only 0.46 percent. A new study in the journal Social Science and Medicine explores why French children take stimulants far less than children in the United States. The study, authored by medical sociologist Manuel Vallée, is called “The countervailing forces behind France’s low Ritalin consumption.”1 Vallée looks at how particular forces in society, in concert with government agencies, became an effective check on stimulant marketing for kids in France. The study considers one particular case—the low use of Ritalin among French children.

To date, only one randomised controlled trial (RCT) has been conducted with elevated depression symptoms being an inclusion criterion, with results showing that a diet intervention can reduce clinical levels of depression. No such RCTs have been performed in young adults.

ONE of Scotland’s top forensic psychologists has warned of the dangers of “labelling” children amid soaring numbers of young people being diagnosed with anxiety, depression, ADHD and dyslexia.

Dr Lorraine Johnstone, of the Centre for Youth and Criminal Justice’s Ivy project, said children are increasingly being diagnosed with mental health problems when they are simply experiencing normal emotions in reaction to life events such as exam stress, death of a relative or falling out with friends.

The psychologist works with some of Scotland’s most high-risk and vulnerable children, many of whom have committed serious violent or sexual crimes, but also works with less high-risk children referred to NHS mental health services.