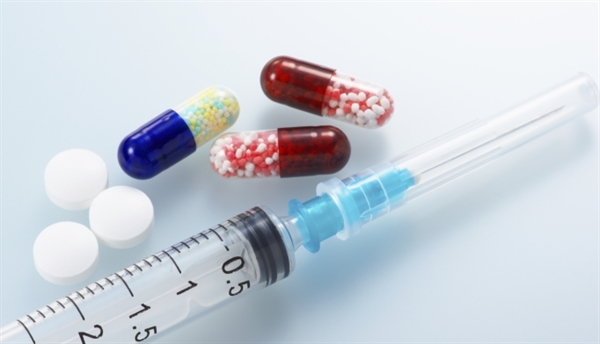 The study was triple-blinded, meaning that the researchers, clinicians, and participants all were unaware whether they were in the placebo or antipsychotic group. This prevents the biasing of results due to expectations of effectiveness.

Both groups had approximately the same duration of untreated psychosis and initial severity of symptoms before receiving treatment. Both groups then received CBCM, intensive psychotherapy based on cognitive-behavioral therapy that also included case management. One group later received either risperidone or paliperidone (depending on when they were recruited), while the other group received a placebo designed to look exactly like the active medication.

The outcomes assessed by the researchers included “functioning” assessed by both the Social and Occupational Functioning Scale (SOFAS) and the Heinrich Quality of Life Scale (QLS). They also assessed depression, anxiety, and both “positive” (e.g., hallucinations, delusions) and “negative” (e.g., apathy, lack of speech, lack of emotion) symptoms of psychosis. The primary endpoint of the trial was six months.

The researchers found that there was no significant difference in outcomes on any of these scales at the six-month endpoint—meaning that the placebo was just as good as the antipsychotic medication.

“Both groups had improved on all measures of psychopathology after six months, and there were no differences between the groups,” the researchers write.

They write that this “challenges the conventional wisdom” on the role of antipsychotic medications, especially for the “positive symptoms” of psychosis.

Additionally, the participants who took antipsychotic medication discontinued the study at a higher rate, and earlier, than those taking placebo. Some of them reported leaving due to the adverse effects of the drugs they were prescribed.

Proponents of antipsychotic treatment might expect to see people discontinue the placebo group due to the worsening of symptoms or failure to improve—however, the researchers say that this did not happen.

“Importantly, there were not more discontinuations for clinical deterioration (worsening of symptoms) or failure to improve in the placebo group, nor were there more serious adverse events.”

The researchers also included less well-controlled information from 12-month and 24-month endpoints as well. Although they still found no differences between the groups except on one measure (“negative symptoms”), they state that these endpoints provide inconclusive information about whether the placebo was still as good as active antipsychotic medication.

Research on whether a longer duration of untreated psychosis causes worse outcomes is unclear. A study from 2017 found that there were no randomized, controlled trials comparing antipsychotic treatment to placebo in first-episode psychosis at all. Mad in America has provided an overview of the evidence for antipsychotic treatment, as well as their harmful effects.

Francey et al. reported their conclusions very conservatively, noting that “this finding can only be generalized to a very small proportion of FEP cases at this stage, and a larger trial is required to clarify whether antipsychotic-free treatment can be recommended for specific subgroups of those with FEP.”