When documentary photographer Martin Eberlen was diagnosed with ADHD in his early 30s, he turned to running to help manage his condition.

Martin, pictured below, describes being in a “long-term relationship with running”.

“Running helps me control my thoughts, it slows me down, and gives me the opportunity to focus on the things I need to focus on,” he says. 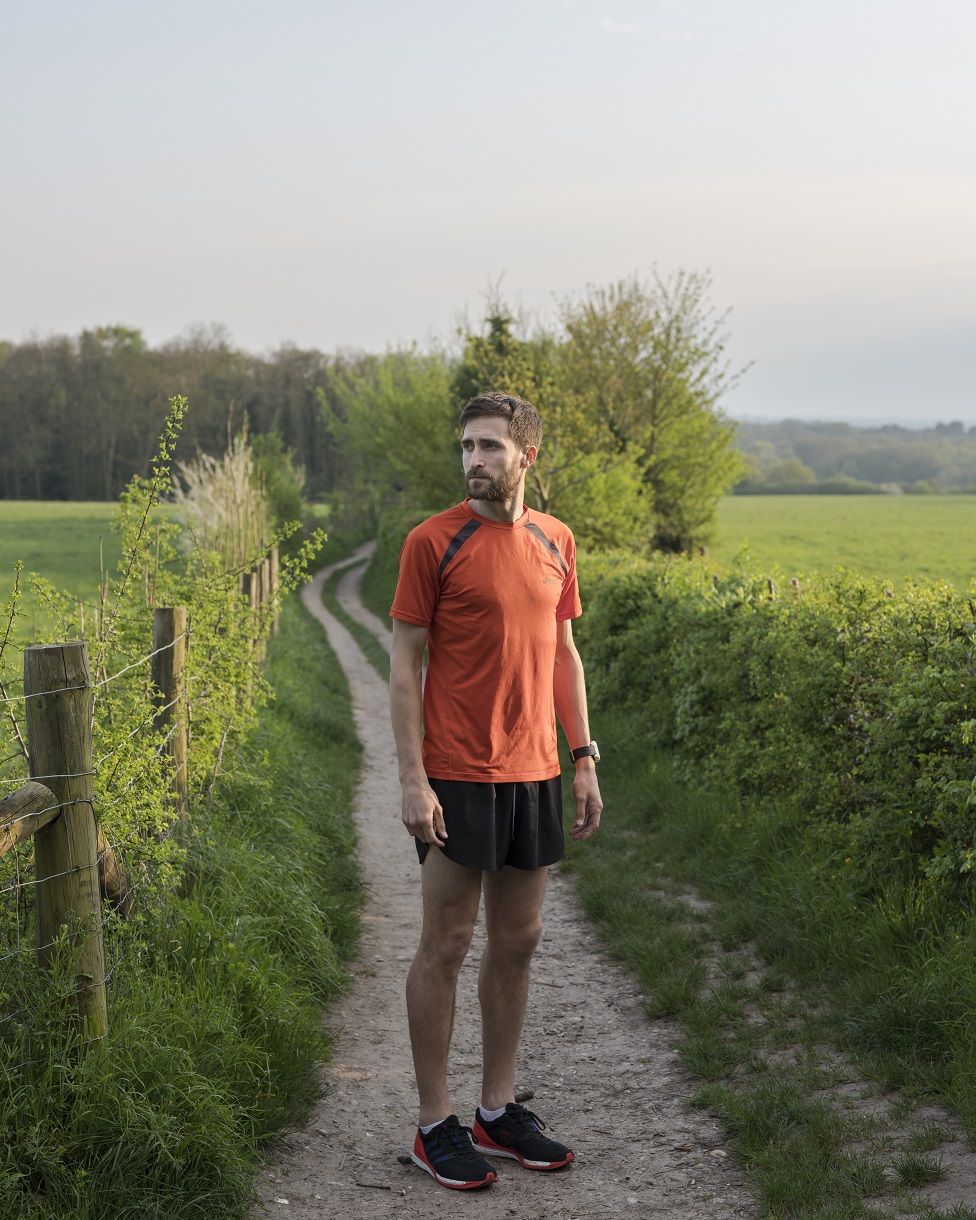 The photographer wanted to hear stories from other runners, to find out how they had discovered their passion for running, and how the sport relates to previous experiences and their mental health.

After travelling the country to interview and photograph fellow runners, Martin created the photo series Those Who Run. 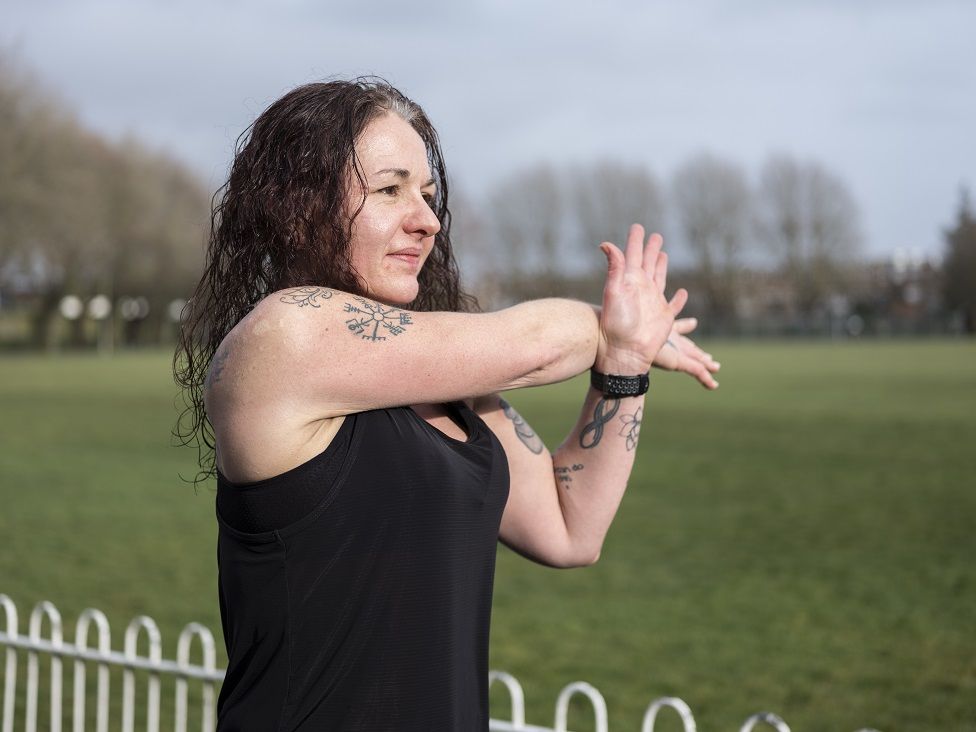 Michelle Bavin started running in November 2016, beginning slowly with a couch-to-5km programme. At first she couldn’t run for more than a minute, but she stuck with it and now loves the freedom it gives her from her thoughts.

Before running, Michelle had struggled with a “very bad relationship with food” and mental health problems. She weighed just over 20 stone in January 2016.

With the help of a local support group, she lost nearly nine stone.

She says that going for a run gives her a sense of achievement, while concentrating on breathing and music helps her to forget her troubles.

She says afterwards, she feels “ready to take on the world”. 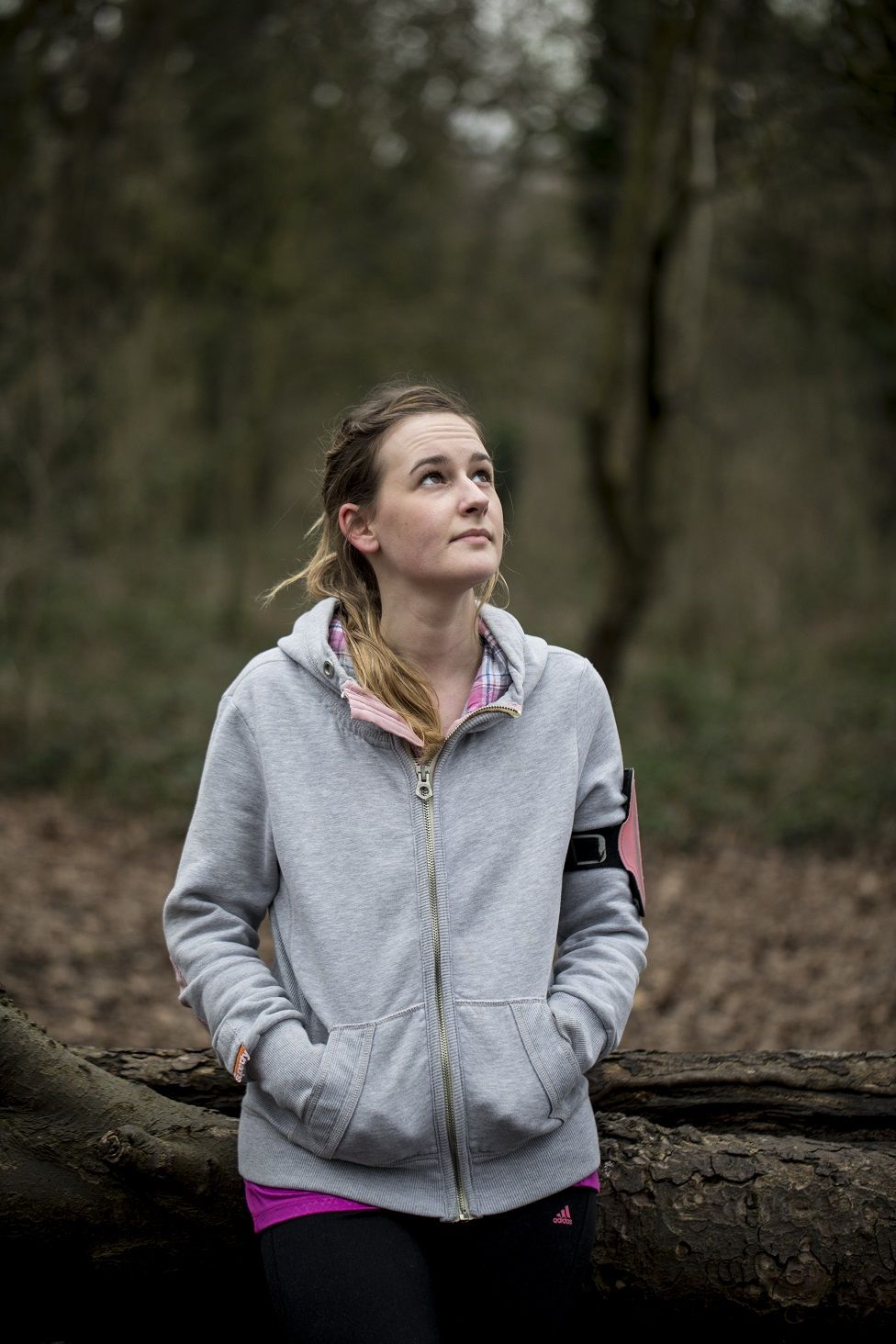 Beth Lackenby regularly jogs around her local parks in south London, using the activity to manage her anxiety and obsessive-compulsive disorder.

She says her OCD manifests itself in the form of intrusive thoughts, leading to guilt and anxiety. Running helps her clear her mind and keep in control of her OCD, not letting anxiety disrupt her life. 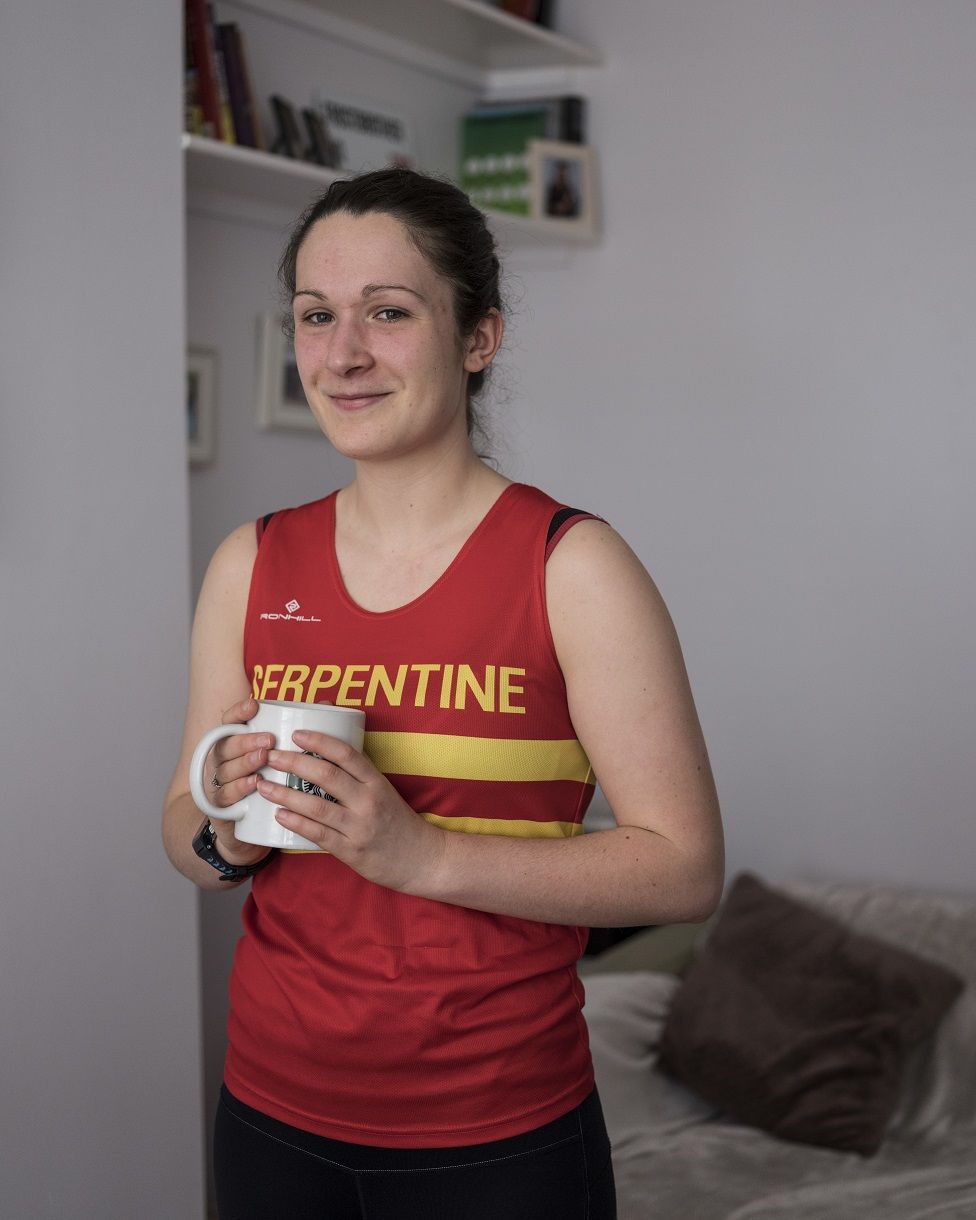 Coralie Frost says she faced a choice between running, or being controlled by an eating disorder, for the rest of her life. She suffered from anorexia for more than 10 years.

She chose to run.

In 2016, she started a blog about how running had helped her mental health. Through it she developed a new-found respect for her body.

She believes that sport – combined with therapy – can play a key role in alleviating mental health problems.

Coralie is a member of Serpentine running club, where she is one of the mental health ambassadors. She often hosts a Run Chat, where club members can run with her while chatting through any worries they might have, in confidence.

She met her boyfriend while training for her first marathon, and hangs her race number in her living room to remember the time that her life was transformed through running. 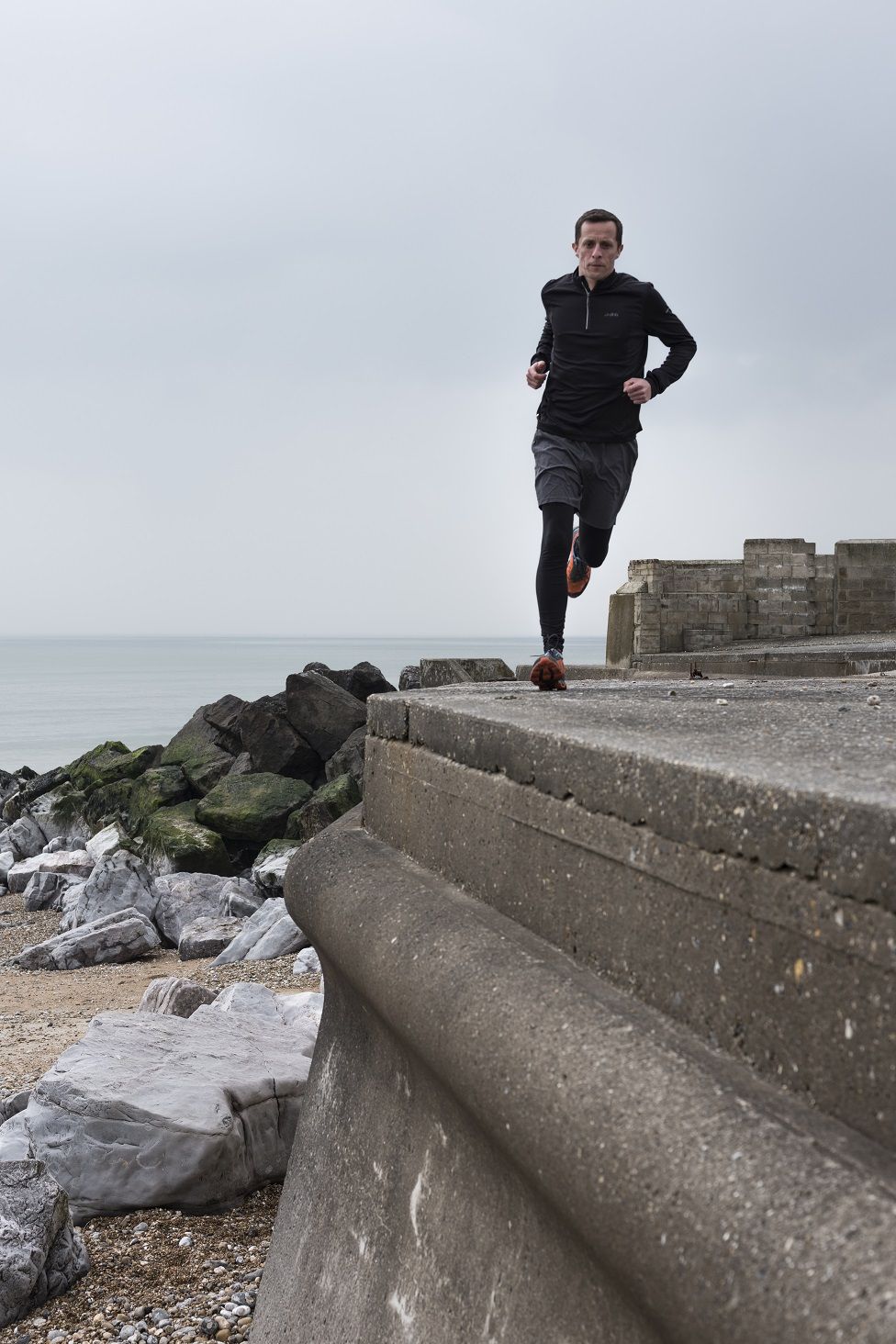 Paul Shepherd runs along the beach front and promenades near his home on the south coast of England. Running gives him structure, frees his mind and gives him valuable time to himself, helping him to manage the depression he previously experienced.

In 2016, after a long stretch of night shifts and working long hours, Paul found himself sleep-deprived. This lasted for almost a year, leading to alcohol-filled weekends. He says this left him feeling depressed and suicidal.

In January 2017, Paul was in a dark place. One evening, he listened to an interview with music artist Professor Green, talking about his grief when his father passed away. Paul suddenly imagined how his son would feel, if he were to grow up without a dad.

Soon after Paul contacted the charity Calm, who offered him assistance and advice, so that he could turn his life around.

Paul is thankful that the running then allows him to enjoy his time with his son. He says that life is all about putting one foot in front of the other – and that’s what he’s going to continue to do. 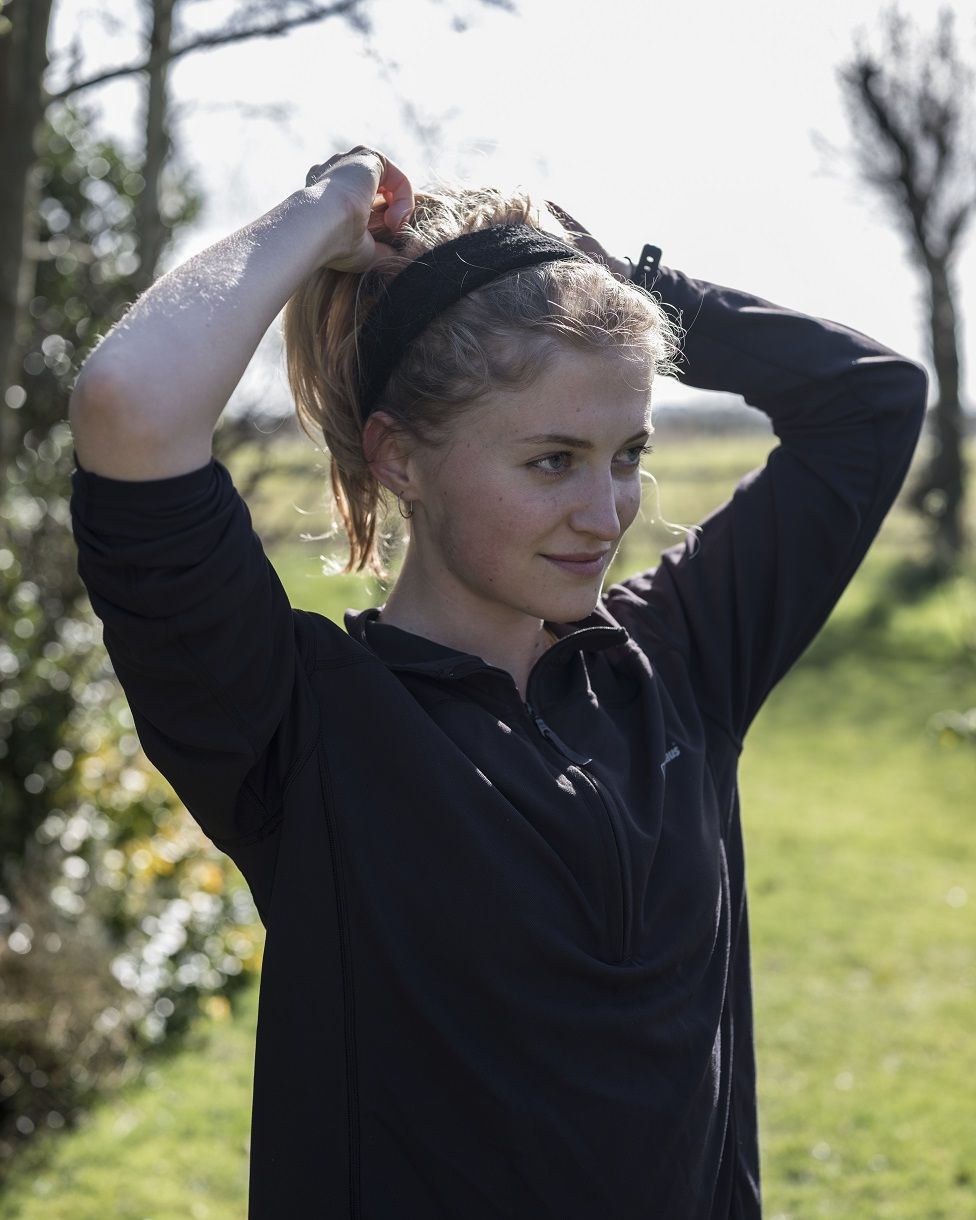 Lucy Thraves says she couldn’t imagine her life without running, and recently ran the London Marathon. But her first foray into running wasn’t a positive experience.

While at university one morning, she headed out for a run and was hit by a car. She broke both her arms.

For weeks after the accident she found it increasingly difficult to leave the house, and began to experience symptoms of post-traumatic stress and raised levels of anxiety. This gradually spiralled out of control, leading to insomnia, paranoia and a challenging relationship with food. It was then that she checked herself in to a mental health clinic.

With correct guidance and a combination of therapy, healthy eating, anti-depressants and a gradual growth in self-confidence Lucy was able to build up the strength to start running again.

Lucy says that running was never initially about getting “personal bests” – instead it was an activity that she took on to help her recovery. 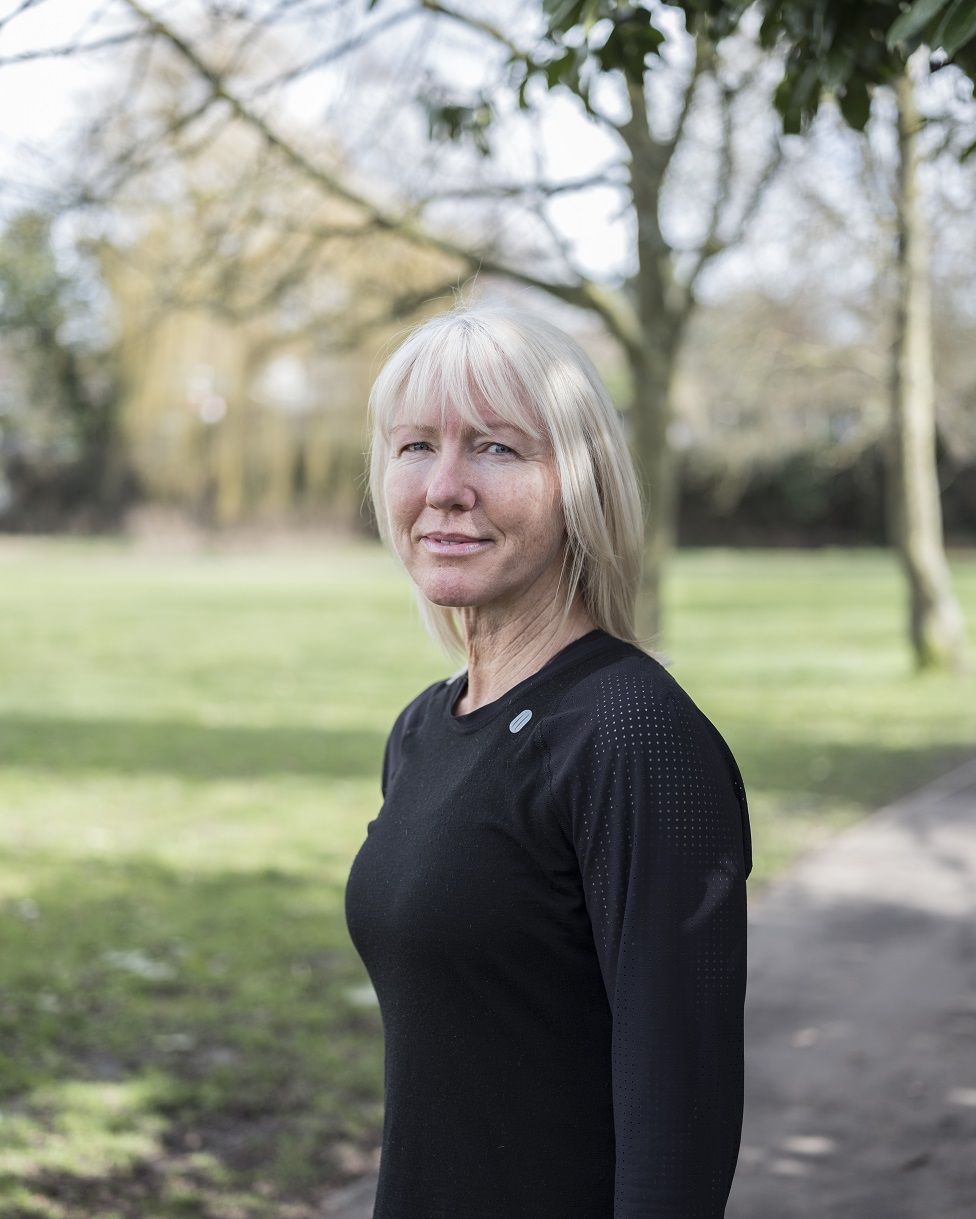 Karen Jones says she has not looked back since taking up running in 2005.

At the age of 36, Karen suffered from postnatal depression. Her health visitor suggested an exercise programme might help her. Karen chose to run, as she lived in the countryside.

In 2006, she ran the London Marathon, raising money for a cancer charity in memory of her grandparents, who both died of the disease.

Not only did running help her overcome her depression, she found that the combination of healthy eating and exercise vastly improved her overall mental health and happiness.

She kept up the running for five years, until her marriage broke down and she found herself going back to work after being a stay-at-home mum for many years.

Faced with starting a new career at 44, Karen decided to embrace her love of exercise and trained to become a personal trainer. She now teaches people how to get fit, and help them to gradually overcome depression and anxiety. 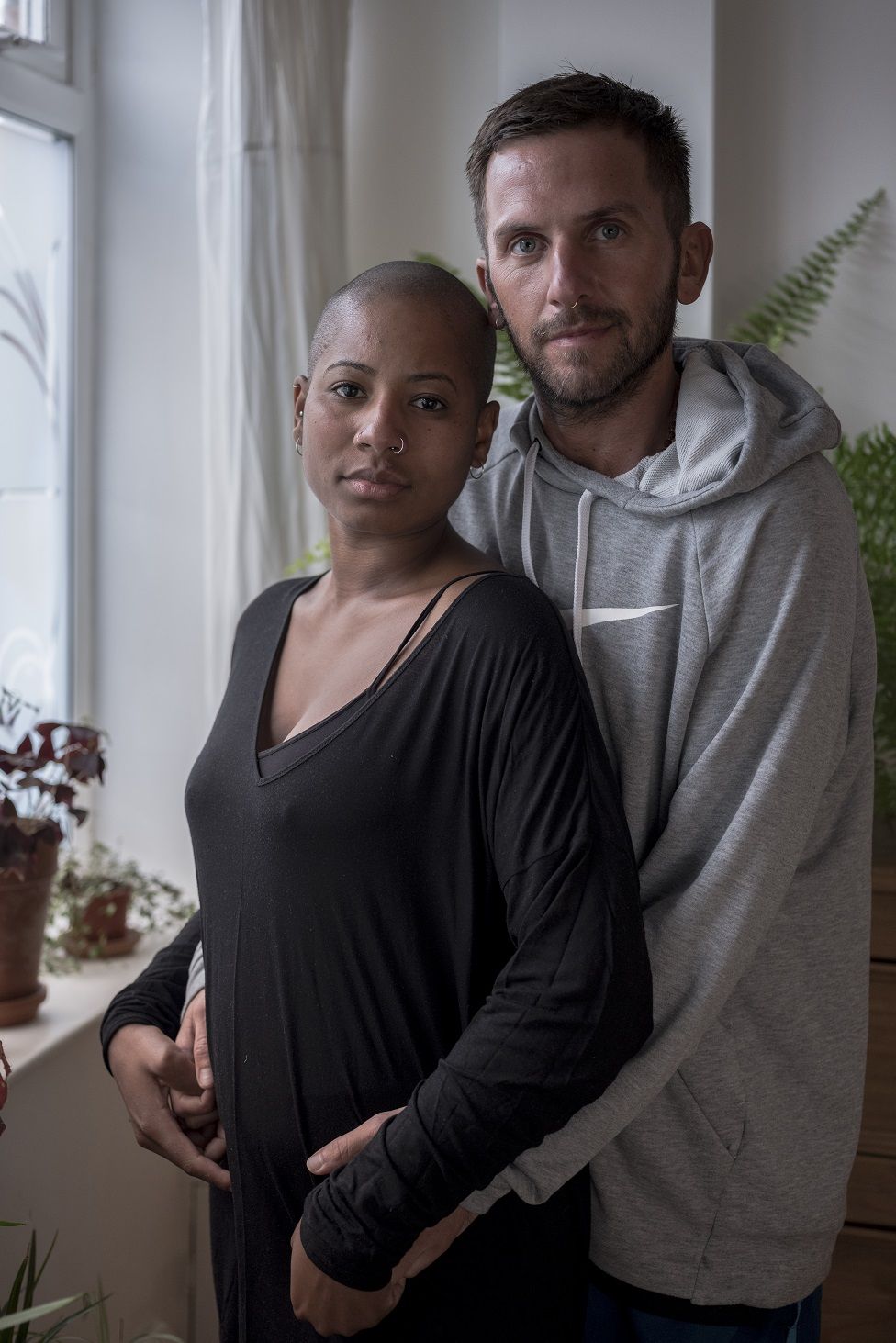 Kareem and Jack have recently been inspired to revolutionise their morning routine, following a trip to India. Getting up at 05:30, they combine meditation and running to start their day in a positive frame of mind.

The couple has found running has helped improve their mental health. Kareem has battled with depression and anxiety for years. She says her new morning routine of yoga, meditation and jogging has completely changed her life.

Jack focuses his mornings more on running, viewing it as a form of meditation. However, he says that running is not just an opportunity for headspace, it helps him manage the challenging relationship he previously had with food, along with the body dysmorphia he once experienced.

Exercise used to be an obsessive way for Jack to maintain a weight that he viewed as acceptable. Jack now has a better understanding of mental health issues and says he now runs for the right reasons, one of which is that it allows him to view himself in a positive light.

The couple say their morning routine enables them to feel more in tune with one another. 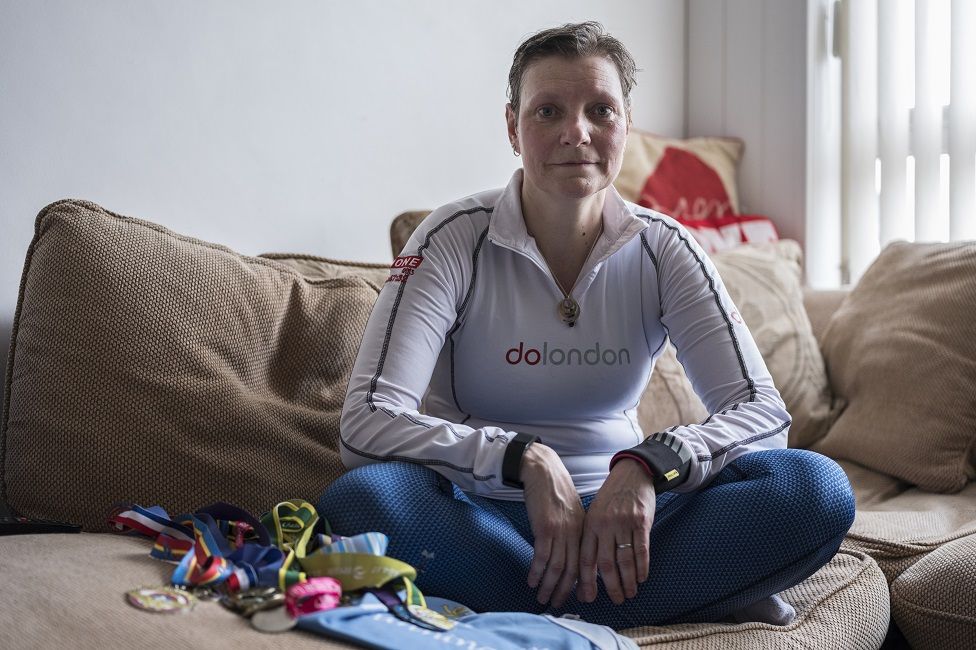 NHS worker Marika Wiebe-Williams says she runs for mental, as well as physical, health benefits. She is on continuous chemotherapy after being diagnosed with recurrent, incurable breast cancer in 2016. Her body is responding well to the treatments, which she believes is down to the fact that she has always tried to stay in good physical shape.

When running, Marika follows a local loop that circles her home, so that she can keep close to her house in case she feels tired and wants to cut her run short.

Marika values her running club community, which has enabled her to make close friends and have a busy social life.

This year she took part in the London and Edinburgh Marathons. Her husband has also taken up running, completing his first half-marathon earlier this year.