After a forced sterilization at 19, she became first a sculptor and then an advocate for more humane psychiatric care in modern Germany and beyond.

In March 1936, a week before Hitler’s troops reoccupied the Rhineland, violating the treaty that a defeated Germany had signed to end World War I, Dorothea Buck, the 19-year-old daughter of a German pastor, was so traumatized by the prospect of another brutal European war that she had to be hospitalized.

Ruled schizophrenic, she was sterilized under the Nazi-era “hereditary health law” protocols, which had been imposed to prevent so-called genetic impurities from being transmitted to future generations of Caucasians whom the Germans considered Aryan.

For nine months she was confined to an asylum, which disciplined her by dousing her with cold water and subjected her to medical abuses camouflaged as curatives. A surgical scar resulting from her sterilization was falsely attributed to an appendectomy.

When she was released, she was barred from marrying and denied a career as a kindergarten teacher. During a subsequent hospitalization, in the middle of World War II, she learned that she had been spared the fate of tens of thousands of others deemed mentally deficient by the Nazi authorities: euthanasia.

Even after the war, when she had become a sculptor and art teacher, she suffered from poor treatment during two more hospitalizations. Finally, after her last psychotic episode, in 1959, she transformed herself from a full-time sculptor into a crusader for more humane psychiatric therapies — writing about the subject, giving lectures, holding seminars and helping to start organizations to protect the mentally ill.

She died on Oct. 9 in Hamburg, Germany, at 102. Her death was announced by the Psychiatric Clinic of the Charité, the joint medical school of the Free University of Berlin and the Humboldt University of Berlin. Charité is one of the largest university hospitals in Europe.

Just outside the clinic’s lecture hall is Mrs. Buck’s bronze sculpture of a mother and child. As a representation of the maternal bond, the work, dedicated in 2008, also suggests, Mrs. Buck said, the kind of intimate personal relationship between doctors and psychotic patients that she found “missing in today’s psychiatry.”

“My artistic work was about the relations of shapes and forms to each other,” she wrote in a memoir, “On the Trail of the Morning Star” (1990). “The unrelatedness of psychiatrist to her patients contradicted everything human.”

She first published that book under the name Sophie Zerchin (an anagram of the German word for schizophrenia) to protect her professional reputation as an artist. But she later emerged publicly, in speeches and written appeals, as a patient advocate.

She and a colleague, Dr. Thomas Bock, were influential in Germany and beyond for popularizing, in 1989, a three-way discourse during which patients, their relatives and their doctors were heard equally in what they described as a “trialogue.”

Her agenda for those talks seemed elemental: Mental health professionals need to treat their psychotic patients as people with individual problems that can be freely discussed, not as soulless objects of study. And people with psychoses should try to make sense of their symptoms by questioning their doctors and themselves.

“I think if I had depression, I could imagine taking a medication,” Mrs. Buck said in a 2005 interview. “But in a psychosis, I have to be asked what the psychosis means. If it is important to a human being, it must not be suppressed by medication; there must be talks.”

Or as she famously put it, “As long as we talk to each other, we don’t kill each other.”

Dorothea Sophie Buck-Zerchin was born on April 5, 1917, in Naumburg, near Leipzig, in eastern Germany. She was raised in Oldenburg, near Bremen in the north, and then in a parsonage on Wangerooge, an island in the North Sea, where her father, Hermann, was a pastor. Her mother was Anna (Lahusen) Buck.

By concealing both her psychiatric history and her forced sterilization, Mrs. Buck was able to enroll in 1942 in a private art school in Frankfurt, where she learned pottery. She worked as a sculptor and taught art from 1969 to 1982 before being overcome by the lingering revelations of mass murder of mental patients by the Nazis, and by what she found to be continuing mishandling of the mentally ill in modern-day Germany.

“These hidden medical crimes and the unchanged degrading and inhuman German asylums disturbed me deeply, although I could have used my concentration for my artistic work,” she wrote on her website. “As a sculptor, I lived on public commissions in Hamburg, which could only be gained through competition. When, in 1965, my last bronze objects were placed, I stopped this work. As long as there was no elementary humanity, art seemed less important.”

Mrs. Buck wrote a play about the Nazi-era murders of the mentally ill and the disabled, published essays opposing medical research on patients who lack the cognitive ability to grant consent, and gave lectures to promote more humane psychiatry.

In 1992, she helped found an organization of present and former psychiatric patients — “in their own terms, survivors,” Andreas Heinz, medical director of the psychiatry and psychotherapy department of the Charité, said in an email. Mrs. Buck was the group’s honorary chairwoman at her death. 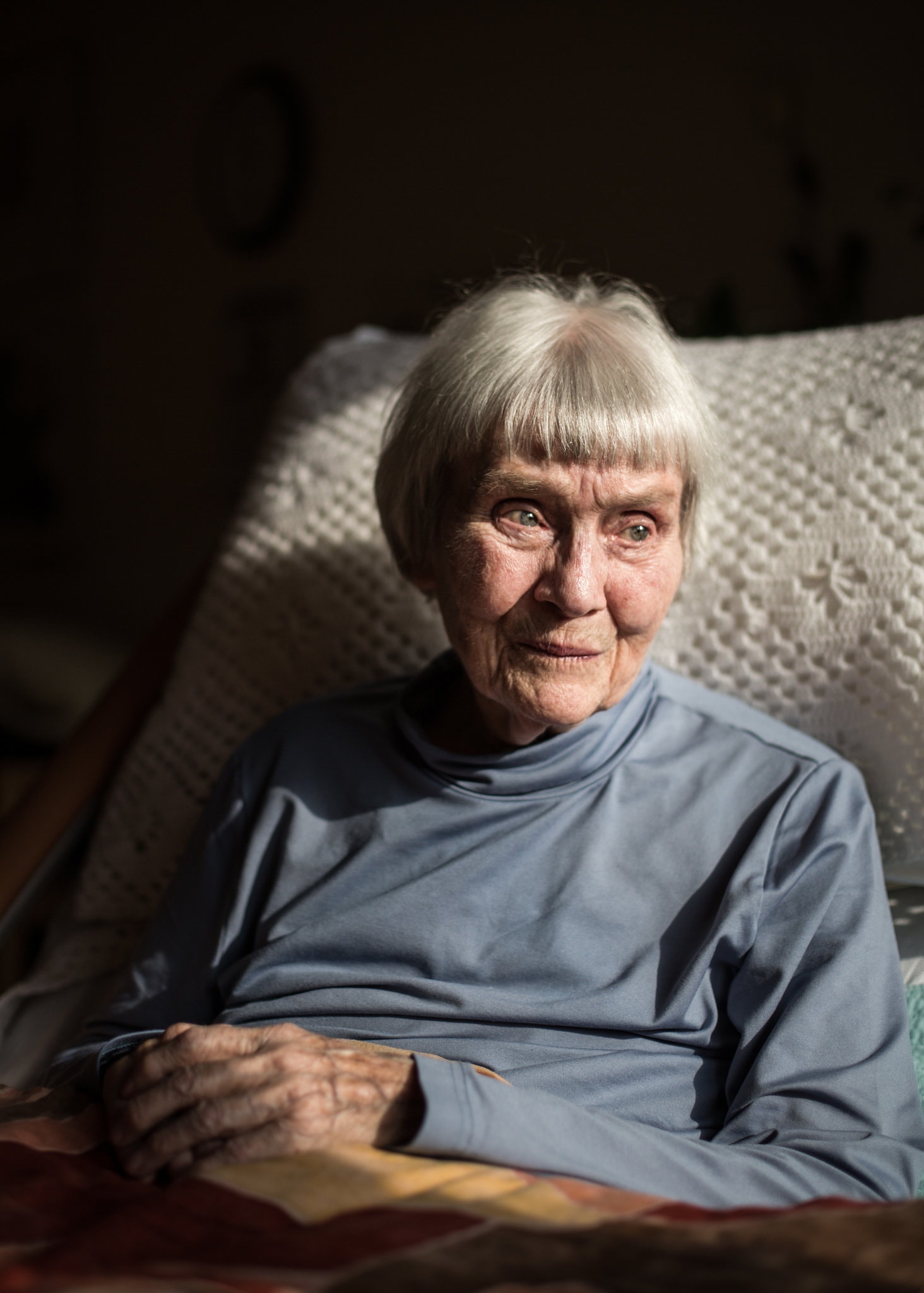 “As long as we talk to each other, we don’t kill each other,” Mrs. Buck famously said. She argued that people with psychosis should be able to discuss their problems and not be treated as soulless objects of study. Credit Maria Feck/laif, via Redux

And in 2011, with a small inheritance, she established the Dorothea Buck Foundation to support patients who help others recover.

Mrs. Buck was awarded the Great Cross of Merit of the Federal Republic of Germany, the nation’s highest honor for service to the community, in 2008 and honored by the Hamburg Senate in 2017.

When Mrs. Buck turned 100 two years ago, her younger sister, Anne Fischer, sought to describe what had made Mrs. Buck so important to the cause of the mentally ill.

“It’s the truthfulness of her insight, her critical wakefulness, her fighting power and her creativity,” she said, adding, “She gives a voice to the discriminated.”