Study adds to evidence that exposure to pets in early childhood may be environmental factors that alter the immune system, affecting the development of certain psychiatric disorders 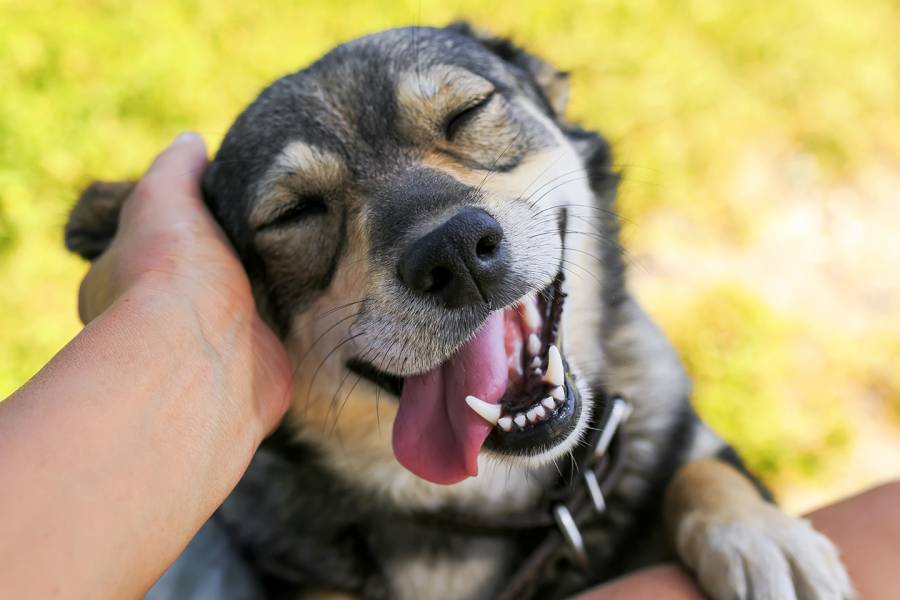 Ever since humans domesticated the dog, the faithful animal has provided its owner with companionship and emotional well-being. Now, a study from Johns Hopkins Medicine suggests that being around “man’s best friend” from an early age may have a health benefit as well—lessening the chance of developing schizophrenia as an adult.

“Serious psychiatric disorders have been associated with alterations in the immune system linked to environmental exposures in early life, and since household pets are often among the first things with which children have close contact, it was logical for us to explore the possibilities of a connection between the two,” says Robert Yolken, chair of the Stanley Division of Developmental Neurovirology and professor of neurovirology in pediatrics at the Johns Hopkins School of Medicine. He is the lead author of the research paper recently published online in the journal PLOS One.

In the study, Yolken and colleagues at Sheppard Pratt Health System in Baltimore investigated the relationship between exposure to a household pet cat or dog during the first 12 years of life and a later diagnosis of schizophrenia or bipolar disorder. For schizophrenia, the researchers were surprised to see a statistically significant decrease in the risk of a person developing the disorder if exposed to a dog early in life. Across the entire age range studied, there was no significant link between dogs and bipolar disorder, or between cats and either psychiatric disorder.

“SERIOUS PSYCHIATRIC DISORDERS HAVE BEEN ASSOCIATED WITH ALTERATIONS IN THE IMMUNE SYSTEM LINKED TO ENVIRONMENTAL EXPOSURES IN EARLY LIFE, AND SINCE HOUSEHOLD PETS ARE OFTEN AMONG THE FIRST THINGS WITH WHICH CHILDREN HAVE CLOSE CONTACT, IT WAS LOGICAL FOR US TO EXPLORE THE POSSIBILITIES OF A CONNECTION BETWEEN THE TWO.”

The researchers caution that more studies are needed to confirm these findings, to search for the factors behind any strongly supported links, and to more precisely define the actual risks of developing psychiatric disorders from exposing infants and children under age 13 to pet cats and dogs.

According to the American Pet Products Association’s most recent National Pet Owners Survey, there are 94 million pet cats and 90 million pet dogs in the United States. Previous studies have identified early life exposures to pet cats and dogs as environmental factors that may alter the immune system through various means, including allergic responses, contact with animal bacteria and viruses, changes in a home’s microbiome, and pet-induced stress reduction effects on human brain chemistry.

Some investigators, Yolken notes, suspect that this “immune modulation” may alter the risk of developing psychiatric disorders to which a person is genetically or otherwise predisposed.

In the study, Yolken and colleagues looked at a population of 1,371 men and women between the ages of 18 and 65: 396 people with schizophrenia, 381 with bipolar disorder, and 594 controls. Information documented about each person included age, gender, race/ethnicity, place of birth, and highest level of parental education (as a measure of socioeconomic status). All study participants were asked if they had a household pet cat or dog or both during their first 12 years of life.

The relationship between the age of first household pet exposure and psychiatric diagnosis was defined using a statistical model that produces a hazard ratio—a measure over time of how often specific events happen in a study group compared to their frequency in a control group.

Surprisingly, Yolken says, the findings suggest that people who are exposed to a pet dog before their 13th birthday are significantly less likely—as much as 24%—to be diagnosed later with schizophrenia.

“The largest apparent protective effect was found for children who had a household pet dog at birth or were first exposed after birth but before age 3,” he says.

Yolken adds that if it is assumed that the hazard ratio is an accurate reflection of relative risk, then up to 840,000 cases of schizophrenia might be prevented by pet dog exposure or other factors associated with pet dog exposure.

“There are several plausible explanations for this possible ‘protective’ effect from contact with dogs—perhaps something in the canine microbiome that gets passed to humans and bolsters the immune system against or subdues a genetic predisposition to schizophrenia,” Yolken says.

For bipolar disorder, the study results suggest there is no risk association, either positive or negative, with being around dogs as an infant or young child. 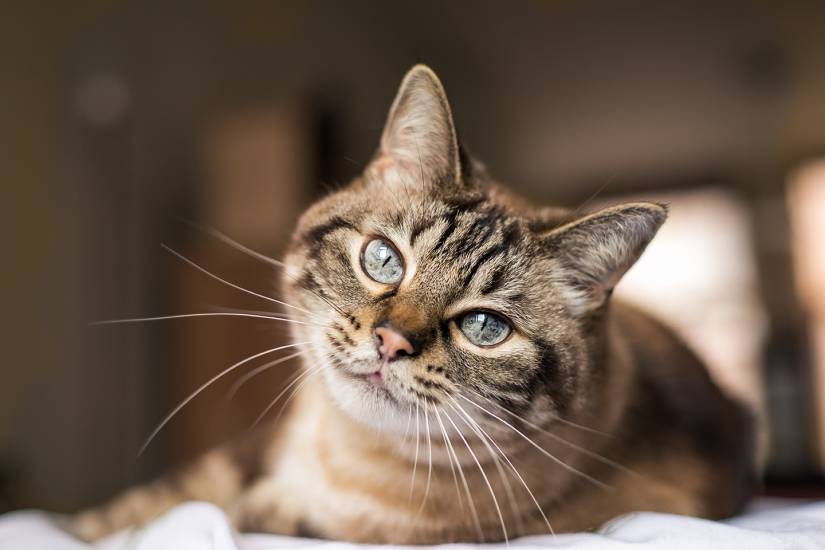 While no link was found between early life exposure to cats and bipolar disorder or schizophrenia, earlier research by Yolken suggests a link between exposure to the parasite that causes toxoplasmosis—carried by cats—and schizophrenia.

Overall for all ages examined, early exposure to pet cats was neutral as the study could not link felines with either an increased or decreased risk of developing schizophrenia or bipolar disorder. However, there was a slightly increased risk of developing both disorders for those first in contact with cats between the ages of 9 and 12. Yolken says this indicates that time of exposure may be critical to determining whether cat exposure alters the risk.

One example of a suspected petborne trigger for schizophrenia is the disease toxoplasmosis, a condition in which cats are the primary hosts of a parasite transmitted to humans via the animals’ feces. Pregnant women have been advised for years not to change cat litter boxes to eliminate the risk of the illness passing through the placenta to their fetuses and causing a miscarriage, stillbirth, or psychiatric disorders in a child born with the infection.

In a 2003 review paper, Yolken and colleague E. Fuller Torrey, associate director of research at the Stanley Medical Research Institute in Chevy Chase, Maryland, provided evidence from multiple epidemiological studies showing there is a statistical connection between a person exposed to the parasite that causes toxoplasmosis and an increased risk of developing schizophrenia. The researchers found that a large number of people in those studies who were diagnosed with serious psychiatric disorders, including schizophrenia, also had high levels of antibodies to the toxoplasmosis parasite.

Because of this finding and others like it, most research has focused on investigating a potential link between early exposure to cats and psychiatric disorder development. Yolken says the most recent study is among the first to consider contact with dogs as well.

“A better understanding of the mechanisms underlying the associations between pet exposure and psychiatric disorders would allow us to develop appropriate prevention and treatment strategies,” Yolken says.